Download Add to Lightbox Add to Cart
Image 1 of 1
SplitRockGoldenHour_DawnLaPointe.jpg 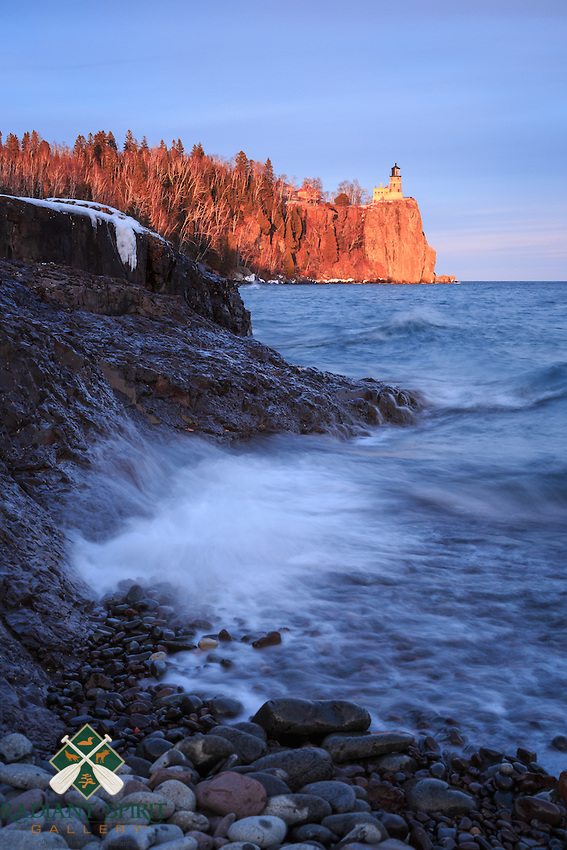 "Golden Hour at Split Rock Lighthouse"
As the sun sank toward the horizon, Split Rock Lighthouse was bathed in its magic light, while gentle waves lapped at Lake Superior's shores. Just a short drive up the shore from Duluth, Minnesota, Split Rock Lighthouse State Park is a favorite destination for many visitors and locals. Set atop a 130 foot (40 m) cliff on Lake Superior, the elevation of the light is 168 feet (51 m), and was visible from 25 miles (40 km) or more. The Fresnel lens is a 2.5-ton, double bull’s-eye lens.The lighthouse was built following the fateful Mataafa Storm of 1905, in which 29 ships were lost. It guided ships from 1910 through 1969, at which time it was retired and added to the National Register of Historic Places.
Copyright © 2016 Dawn M. LaPointe. All rights reserved.
Minnesota, Lake Superior, North Shore, Lighthouses